Over the Hills and Far Away...

I had a rather productive week, all the terrain on this board is newly built.

The rocks and hill were made from cork coasters, the bridge is made from coffee stirrers and the bushes are plastic aquarium plants. 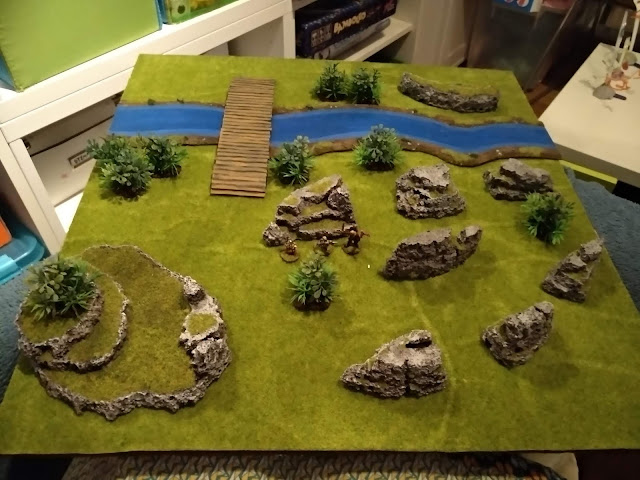 I had enough cork coasters for three more hills so now I've finally got some elevated terrain for my games. 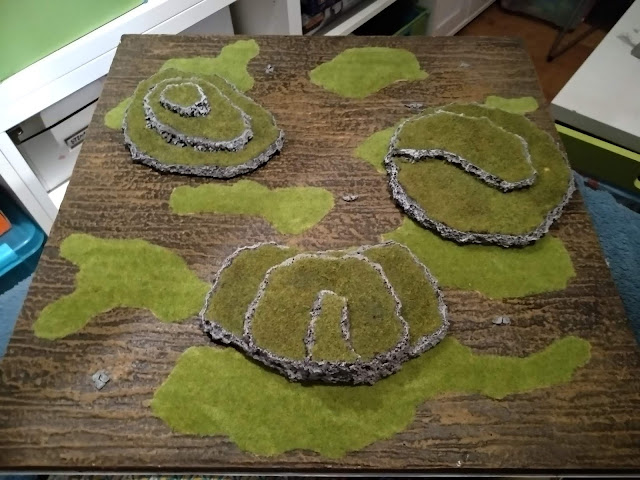 Next up is a summoner and his pet demon.
The wizard is a Demonworld figure and the demon is a 28mm Vor growler pup both from Ral Partha.
The braziers are demonworld demons with an upholstery nail glued on top and some green stuff flames. They are nice sculpts but a bit to static for my tastes, this seemed like a good way to still be able to use them.
I also finished the rest of the pillars which you can see in the background. 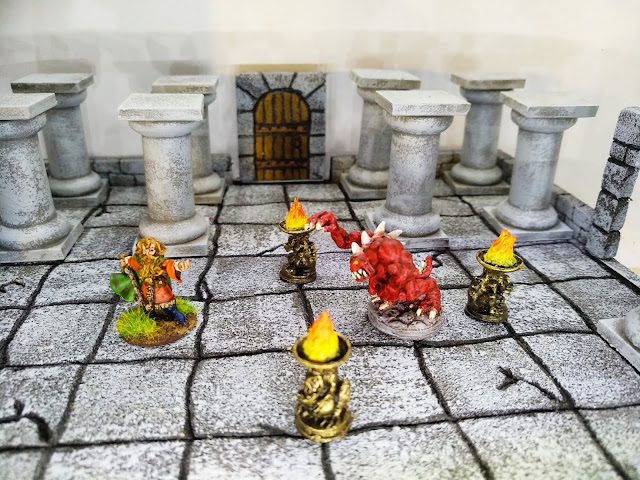 The rest is a rather mixed bunch as I've largely been paining which ever figure struck my fancy.
So, from left to right we've got, another dark knight, a jailor, my new more spell casting focused ranger, a dwarven man at arms and a dwarven crossbow man who appears to be a bit bugg eyed in this picture. 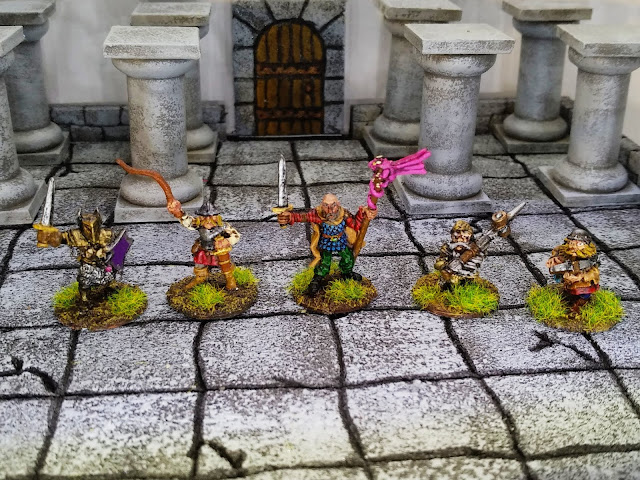 And, in preparation for Frostgrave 2e. some bronze statues. 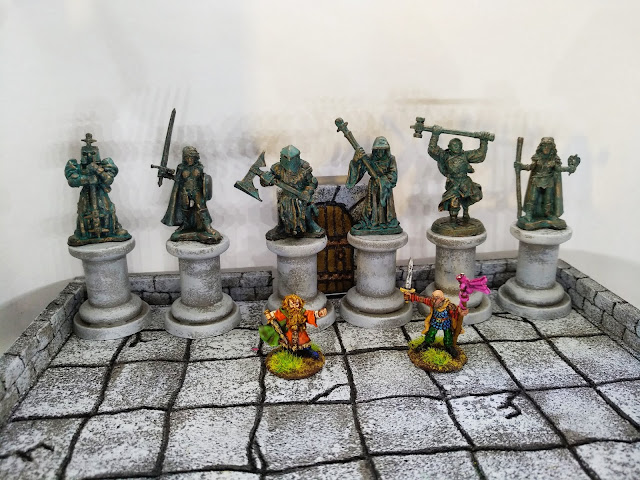 Thats it for now.
Tomorrow I'm off to Spiel 2019 in Essen where I'll be spending the rest of the week in boardgame bliss so it may be a while longer till you hear from me again.
Cheers,
Stroezie.