Another day, another monster.
I'm starting to feel like an evil overlord or maybe a mad wizard cackling away in his laboratory😁

This one was fairly easy to make and if anyone were to tell me they wanted to have a go at sculpting a monster I think I'd recomend they try to make a Grell.

So...
Session one, take an aluminum foil ball, stick it on a paperclip, cover it with milliput and roughly sketch in where you want things to go. 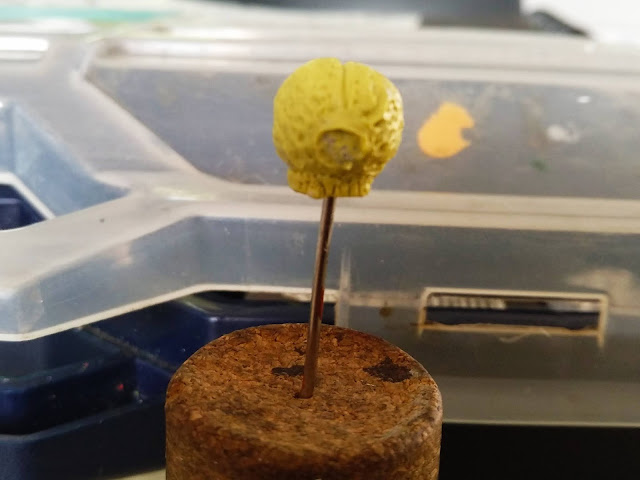 Now I would also recomend you pause here to let the milliput harden but as I am an impatient gith...
... do as I say, not as I do...

...so I immediately added the beak.

I also decided to make the tentacles seperately as it's much simpler to form them ahead of time, and then attach them once they are fully cured, than to try and support them when they are dangling from a figure all soft and stretchy like. 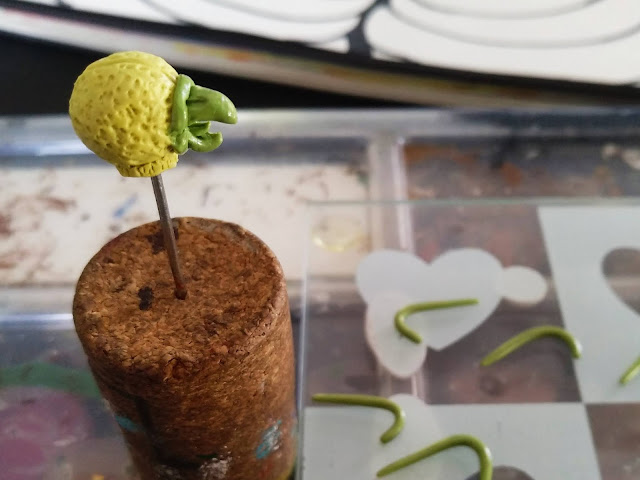 Stick a blob of putty on the bottom and jamm all those tentacles in then draw a bunch of lines on it with your sculpting tool to make the blob look like the hairs / frills on the bottom of the Grell's body.(see I told you it was much simpler this way.)

Next it was a simple matter of rolling up a bunch of tiny saussages and laying them down in a kind of brain looking pattern. 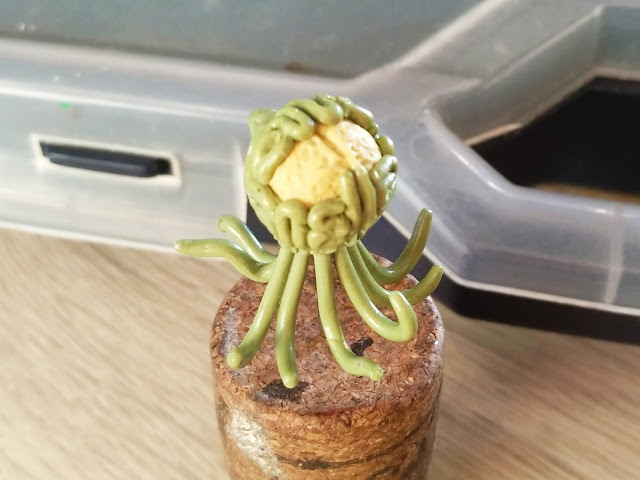 And a quick pic with our helpfull friend the Splintered light beastman for size. 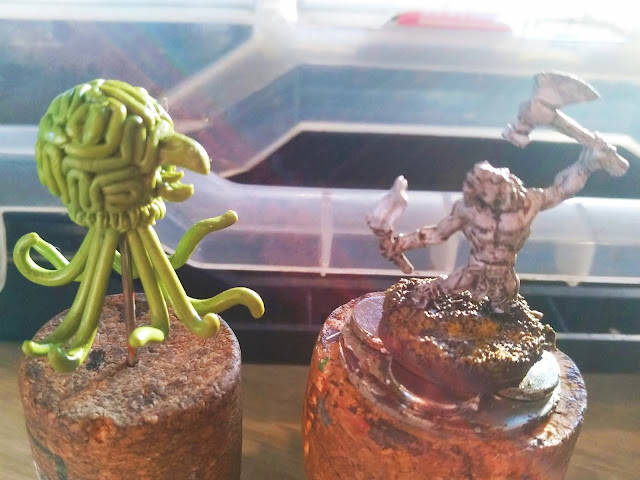 Another monster done, back to the Monster Manual for more! Muhahahahah!!!