Ok, so for my first post of the year I'd like to show you all what I've been doing during the holidays.
I managed the finish both the uptown highclass area of my city with a number of scratch build high rises made of Mega Blocks( a cheap sort of Duplo knockoff) and the lowdown, dirt poor slum area known as Junker Town.

First up the high rises. 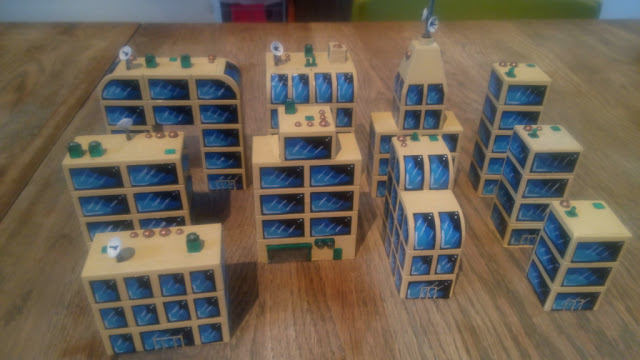 They were made by simply stacking the bricks to create different builings.. 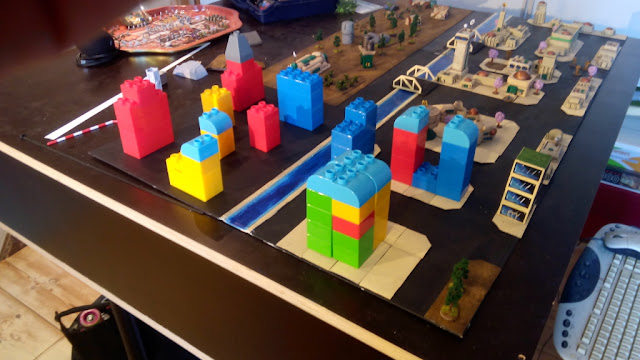 Then I cut of the nubs on top, glued some fine grain sandpaper on the roof , spray painted them and then I stuck on strips of  black electrical tape for the windows. At first I was thinking of stopping there but then I decided to paint the windows and add some more greeblies( most of them scratch build with a few larger pieces from GZG)  like so... 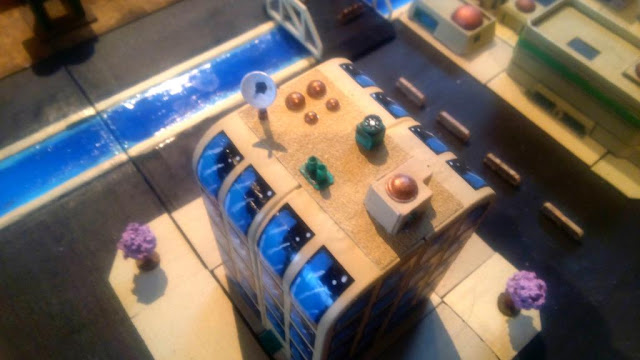 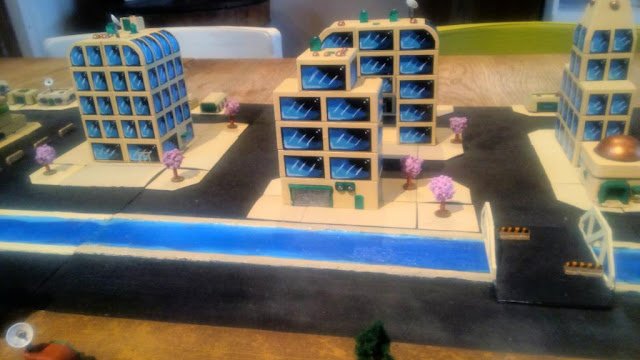 Here's a comparison pic with and without the painted windows 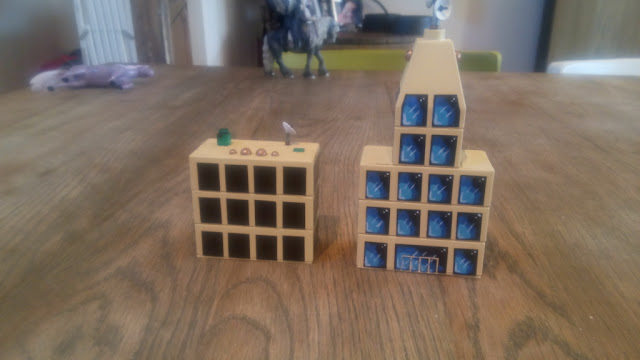 I like the painted windows better, a hell of a lot more work, but worth it in the end imo.

Wich brings us to the next part, the Junker town.
Bar the two in the front, which are scratch builds, all these builings are from the exelent Junker and Stonehaven lines from Angel Barracks. They have a lot of character and a ton of fun little details making them a blast to paint, more like painting a miniature than terrain! 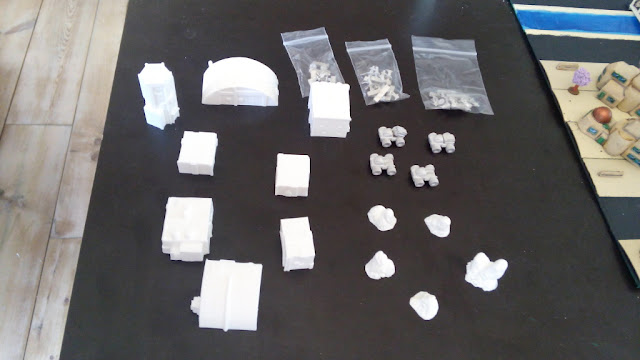 There have been five or six more new releases in the Stonehaven line which are also on my to buy list and I'm sure that by the time I get around to ordering them Michael will have released even more, but I think you'll agree that these are already starting to make up a nice little Favela. 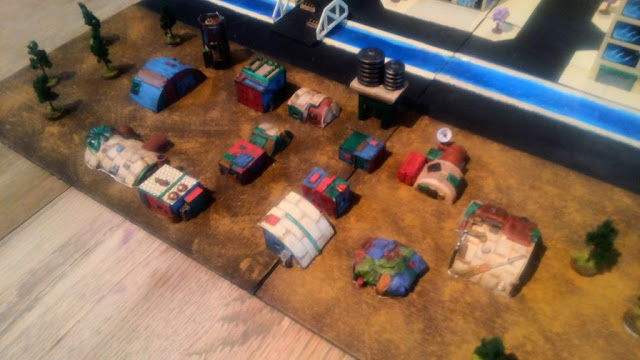 And some pictures of the complete board so far 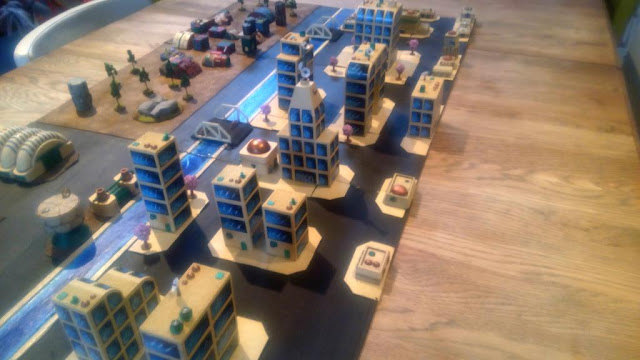 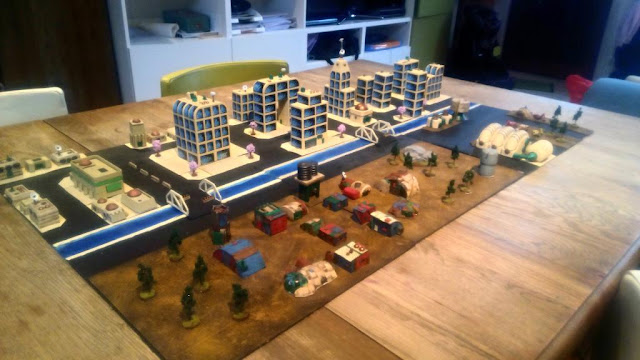 And as you can see construction continues with a new pumping station and powerplant (mine's a scratch build but if you want one AB's your man ;-) 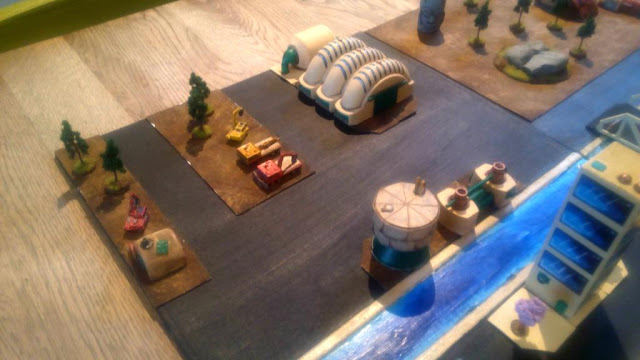 I'll have to make some more pavements first but  then I'm thinking of building mono rail inserts for the canal area and add some signs to the buildings and maybe a few billboards. I'd also like to make some more street furniture. Things like dumpsters, bus stops, maybe a hotdog cart? Idea's are always welcome (not saying I'll build it, but I'll think about it.
;-)

Well thats it for now, Thanks for watching,
Stroezie signing off.