Like I said I seem to be on a roll.
Lets hope I keep on rolling.😎

Here are the survivors.
They are from Ral Partha, lovely models, so full of character.
I can see so many uses for them, survivors, angry villagers/lynch mob, down on their luck bandids... 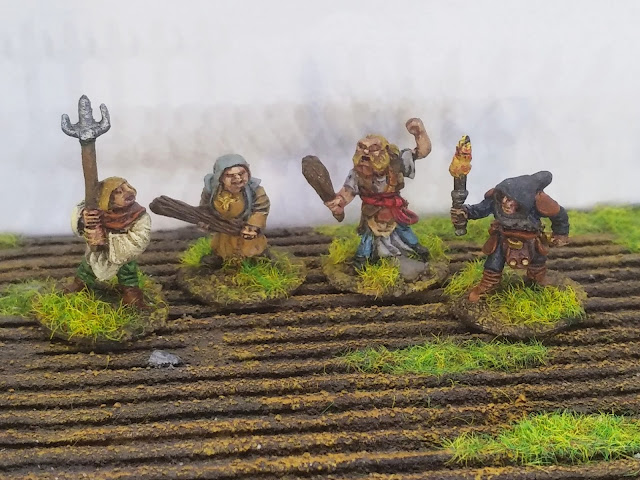 "Don't you think all zombies kind of all look alike ?"
I was never a fan of the whole zombie trope and would have preferred to have swapped them out for maybe some kind of humanoid spider hybrid (in ROSD the giant spiders bite turns people into zombies) but well ... meh...
So I speed painted these, not the best paintjob ever, but for tabletop they'll do. 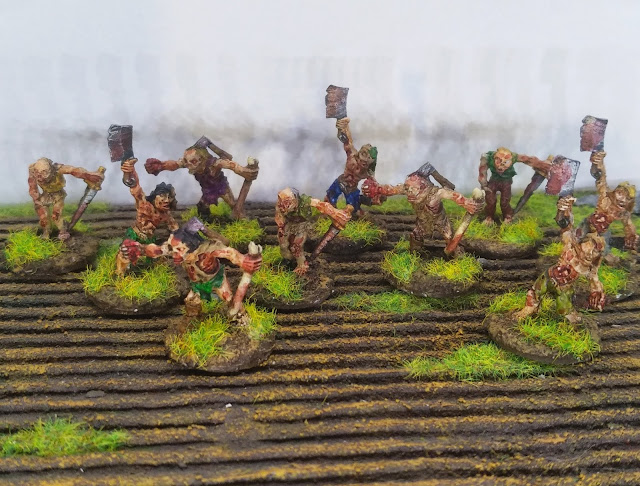 And of course all that rotting flesh starts attracting flies doesn't it!
Some cheap chinese plastic flies which I simply based and then could not resist touching up the badly painted eyes. 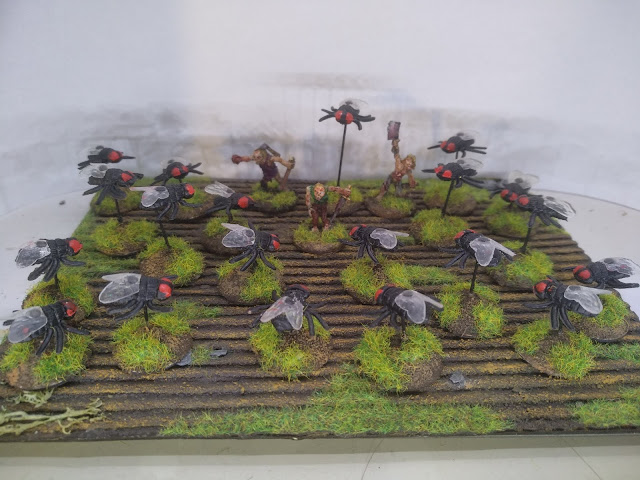 That's it for now.
Sculpting the five casualty markers is probably going to take me a bit longer, though I may cop out and just chop up some extra minis I have lying around and use those to make them instead.

The Holidays are Over... Back to Work!!!

Now that the summer holidays are nearing the end I've finally got some hobby time again.
So how did I spend these precious moments? 😎
Well, I painted some Crom's Anvil tribal warriors to serve as leaders for my Copplestone Picts.
I will be using these in stead of the Gnolls some of the missions call for. 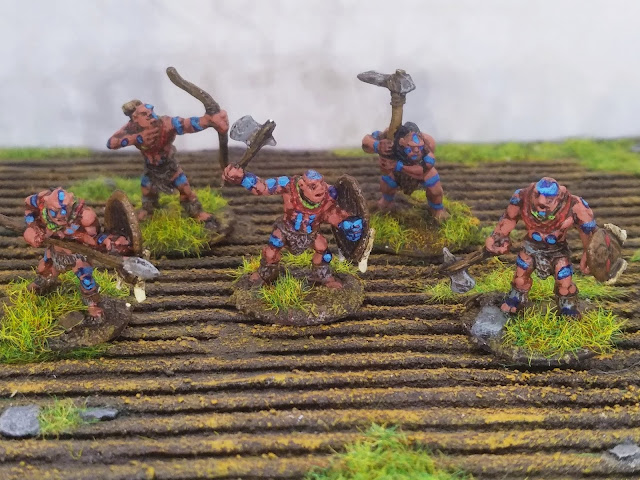 I also wanted some treasure/clue markers like the Frostgrave ones  from Northstar.
I couldn't really find anything that hit the mark in 15mm so I decided to sculpt some myself. 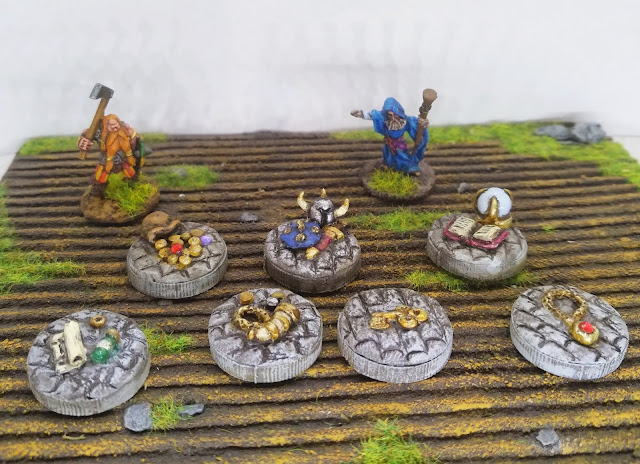  
And, as I seemed to be on a roll, I decided to tackle the spider cocoons for the second part of the first mission too. 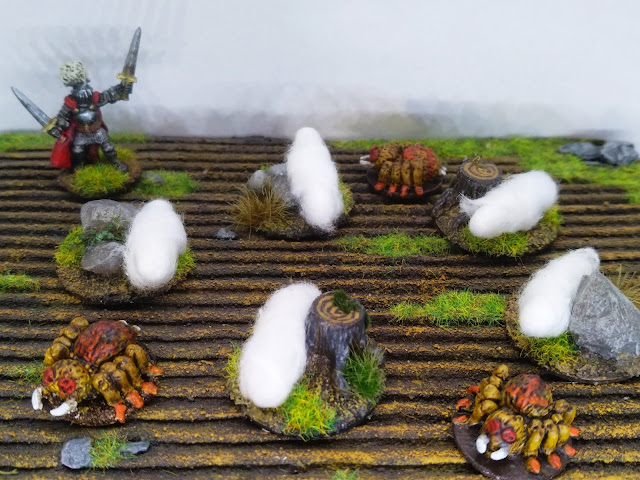 Next I think I'm going to try my hand at sculpting some casualty markers and I have based and basecoated the zombies and survivors so they are ready for painting to.

Things are finally moving again, hopefully I'll have more things so share with you soon.

Posted by Stroezie at 1:37 PM No comments: