Well I do seem to be on a roll with my cephalopod forces. 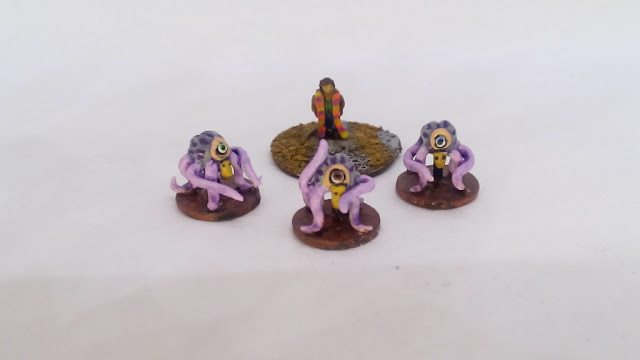 And as usual I can't start any new force without building at least a few vehicles for it.
I decided to start out with two Tripods and one Handler, sadly I only remembered to take one picture during production so here you go 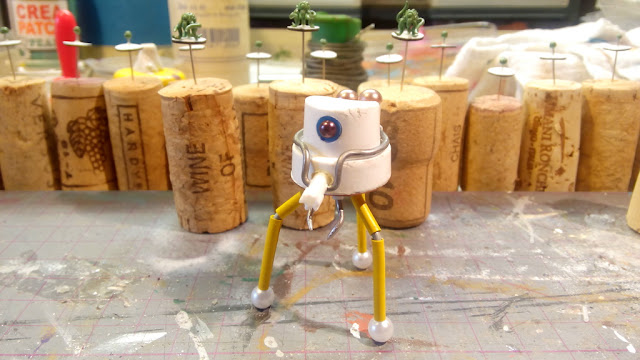 One tripod is armed with a heatray the other with the dreaded black smoke projector. 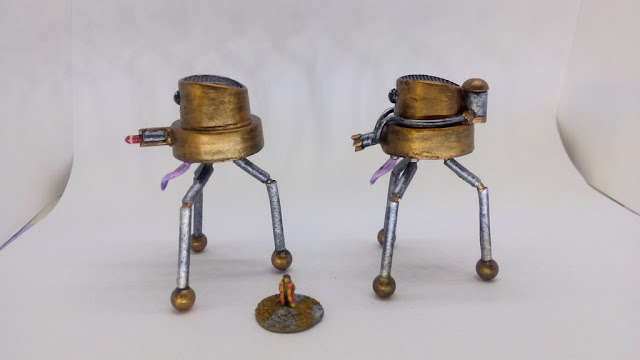 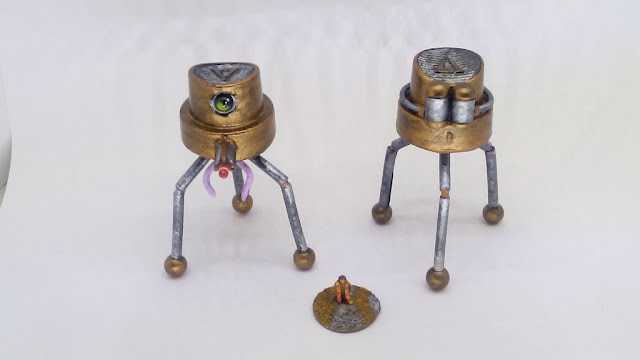 And here is the Handler also armed with a heatray 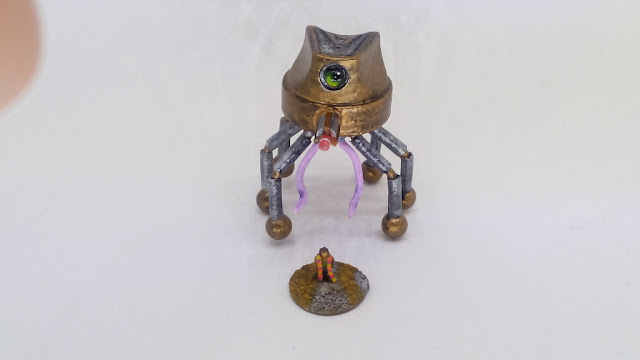 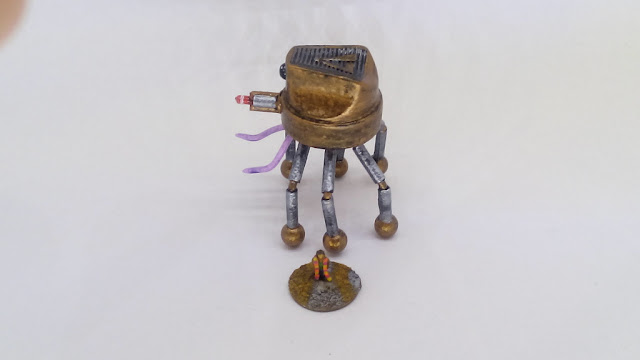 And one more picture of the whole force so far 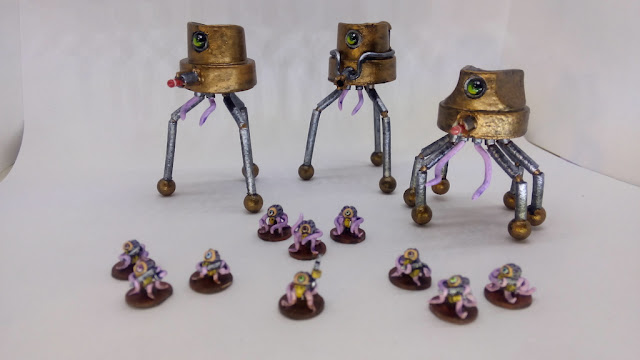 well I still have to think up some heavy weapons for my unarmed guys to operate and I'm planning some flying cephalopods and then I'd like to do somekind of general or king tipe figure so lots more to come.

Just a quick post to show you all what my new sculpts look like with some paint on them. 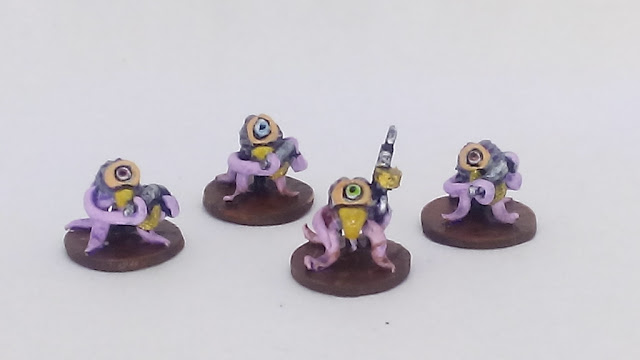 super kawaii no?Best call in an expert for a size reference 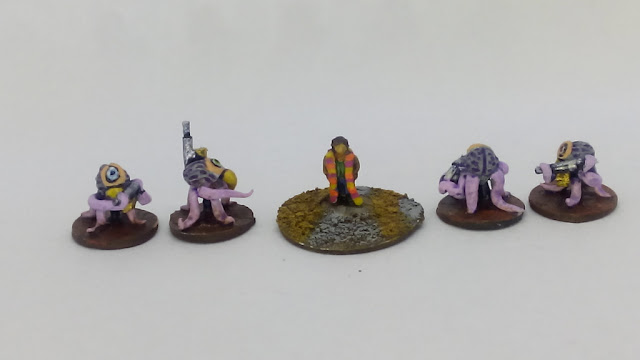 Well, I managed to get some more work done on the cephalopods.

First I added the eye, the beak and then I fleshed out the head/brain area. 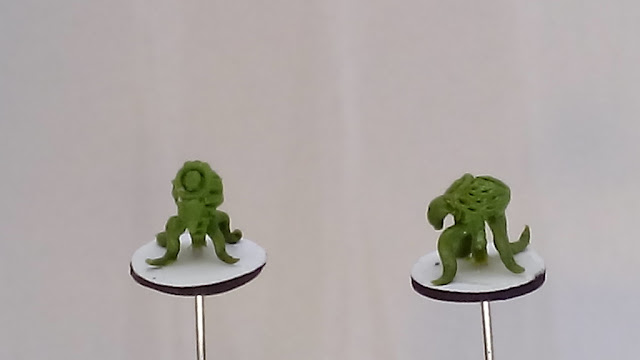 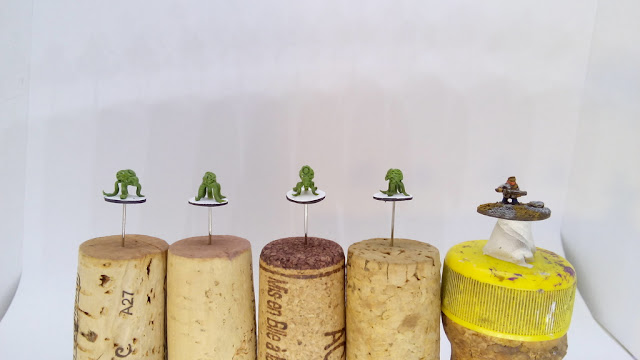 Then while that was curing I made some guns out of a wire and a toothpick.
Just to be sure everything was completely cured I waited till the next day before adding them to the figures.

Here are a few pictures of the first four finished models, one leader and three troops 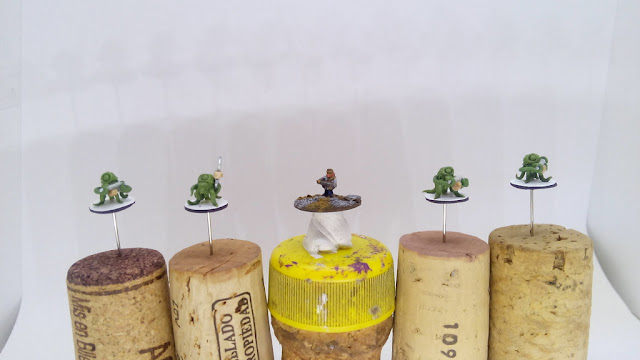 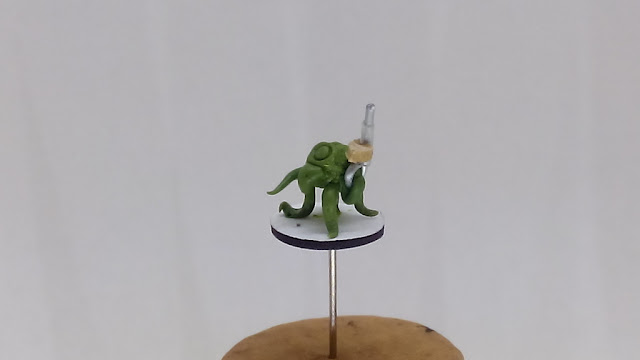 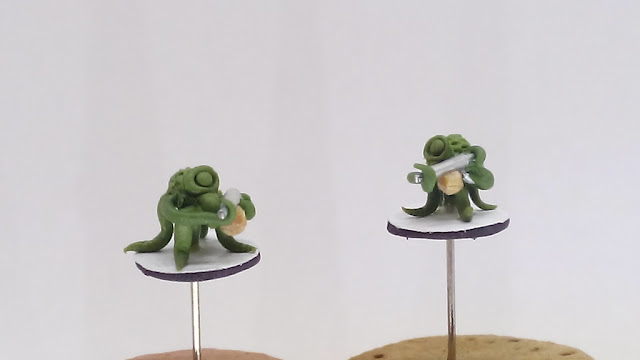 All in all I'm quite happy with how these are turning out, actually I'm pretty stoked to get some paint on them.
I've also been toying around with some ideas for some tripods so you can expect to see a lot more of these guys in the future.

The Martians are coming!!!

Hya folks,
its been a little quiet here, no exuses, just me having a little existential gaming crisis.
So I've decided to enter the 6mm sculpting competition over at the Angel Barracks forum, it looks like just the ticket to get me out of my gaming and modeling funk.
I don't think I'll make the deadline but we'll see where this goes.
I am going to try to sculpt some cephalopod aliens.This is what I've got so far:I made 10 dollies (mainly because I always mix to much green stuff

)Just simply pushed a clothespin through a magnetic base and into a cork so I have something to hold on to. 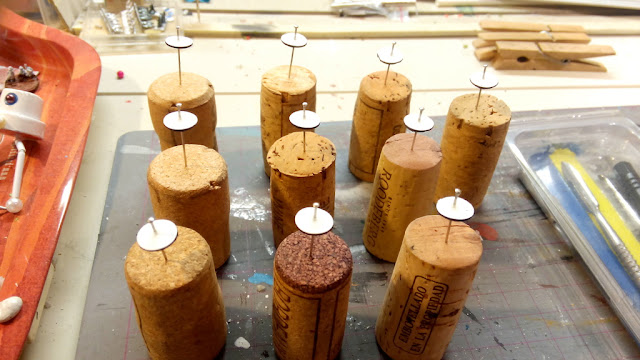 Then I covered them in green stuff to form the base and give the details something to hold on to. 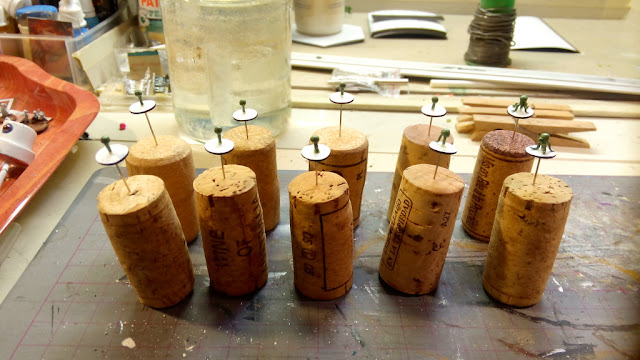 ) so I couldn't resist trying a few things out.Here's a closer look at what I've got so far, with a hansome colonist for size reference. 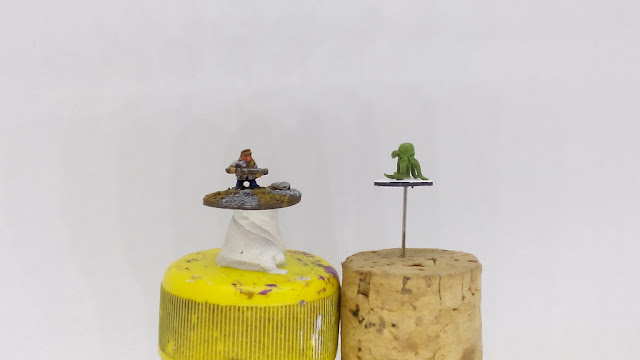 I'd like to add a large central eye above the beak and then enlarge the head a little and make it look more like a brain, then I'll add two more tentacles holding some kind of weapon.

That's it for now, hopefully I'll have another update for you soon, stay tuned...