Stroezie and Fé do Rangers of Shadowdeep.

Now that I've finally got some free time again I've decided to start a game with my 10 year old daughter.

She regularly plays boardgames with us and enjoys things like Zombieside and Mice and Mystics so I think she should have no problem with a co-op miniatures game.

So, after shopping around a bit, I decided we'll give Rangers of Shadowdeep a try.
I have just recieved the print on demand copy of the rules and we'll be statting out our rangers and their companions over the next week.

Ok, that's enough chatter for now on with the pictures!!!

So first up our as yet unnamed rangers 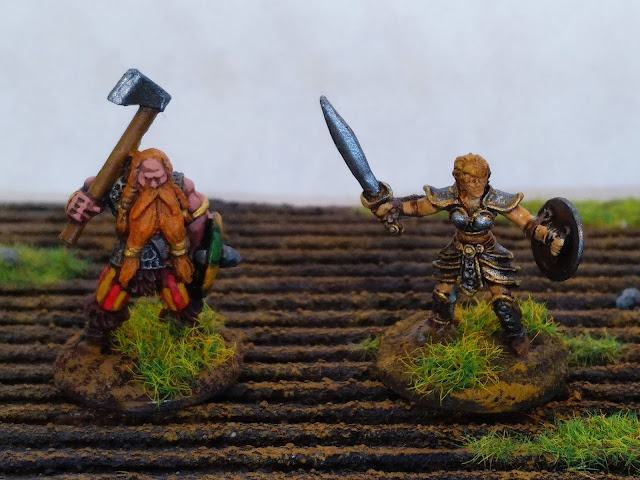 Some possible companions and npc's (?) 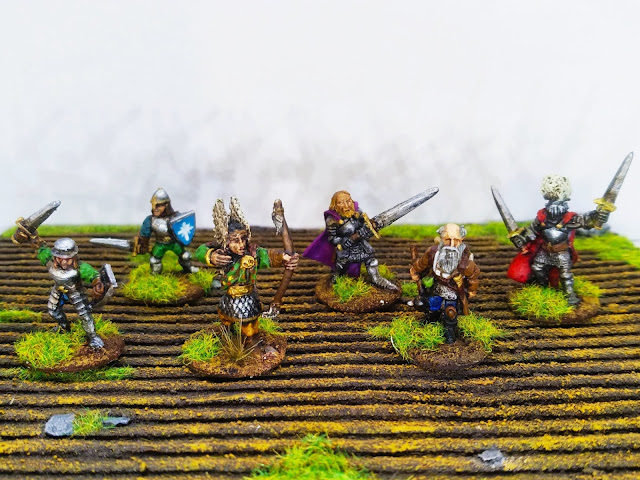 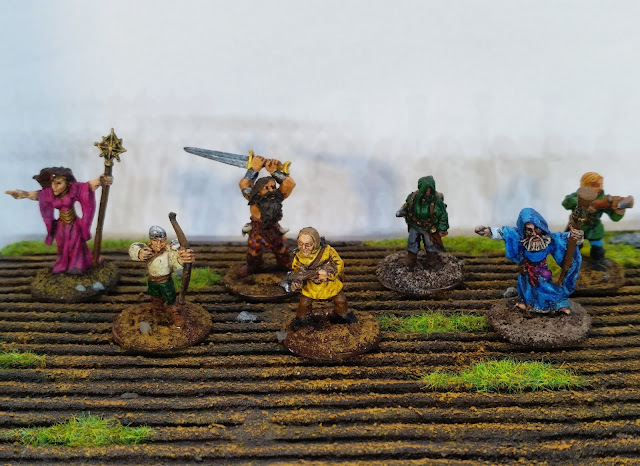 And the first of my own sculpts for this project... 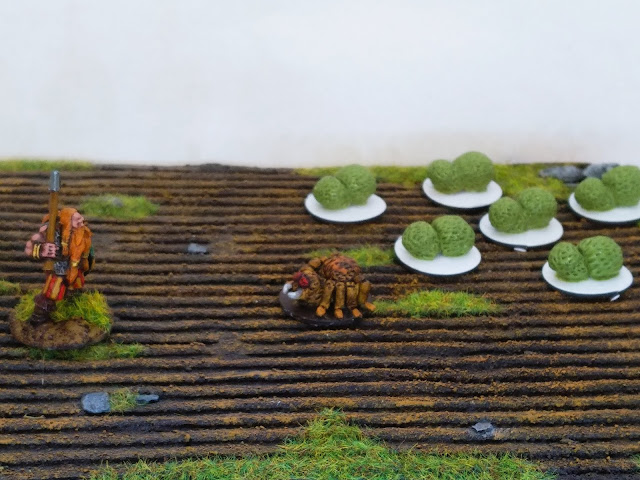 The painted spider was a proof of concept and now I can get on with the sculpting of the rest of the giant spiders we'll need for scenario 2.

And lastly a sneek peak at the setup for the first scenario. 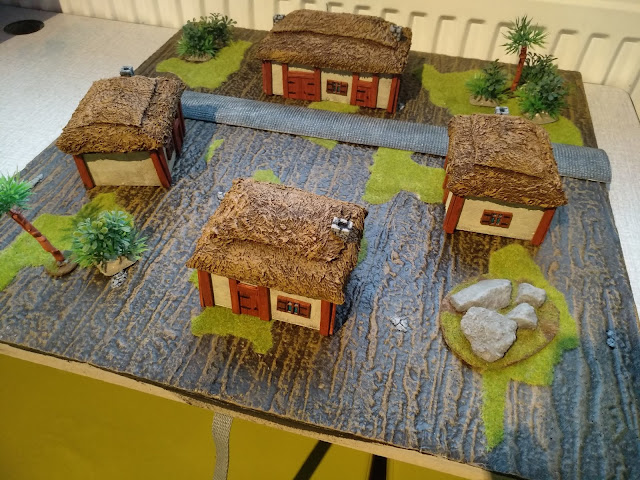 Well that's it for now.
Cheers,
Stroezie.
Posted by Stroezie at 4:59 AM 1 comment:

A Whole Year of Nothing and Now This ?!?

What can I say?
First life got in the way and then lately I've been rpging and dabbling in the larger scales more and more again.
I still have plans for some 6mm projects in the future (still waiting for some kickstarters to arrive) but for the moment I'm mainly doing 15mm fantasy so I had to ask myself do I start a different blogg and let Planet Ares VI linger untill such time as I return to 6mm once more or do I just accept the fact that my interests have broadened again and have this blogg evolve with me.
Personally I'm not to fond of bloggs with low traffic and so I have decided to go with the latter figuring if people are at all interested in my hobby projects, they'll be interested regardless of the scale they are in and if some are not, you can always ignore the larger stuff.( I'll make sure to add a 6mm, 15mm and maybe even 28mm size tag to the labels for easy reference)
Cheers and welcome back everyone,
Stroezie.
Posted by Stroezie at 4:50 AM 2 comments: