Started painting my Pocket Quest miniatures. They are all from Perfect six miniatures and are great 6mm figures full of character and easy to paint.lets start with the heroes shall we 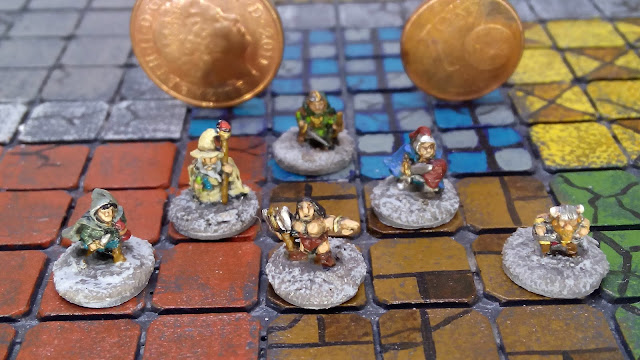 And the first of the orcs 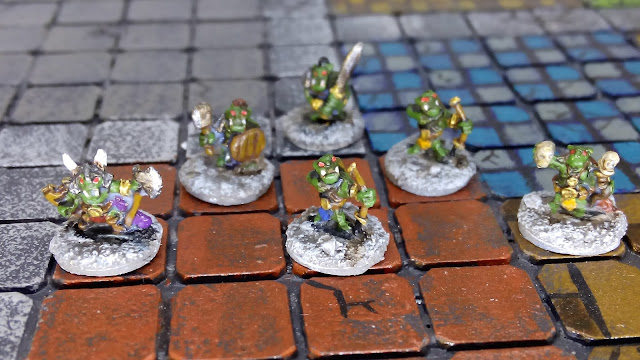 My pictures really don't do these figures any justice, the glare blots out a lot of the details but I only have my phone camera at the moment so they'll have to do.I also managed to finish another Grell sculpt, this time it's a Grell mage with a dragon claw staff which came out a little bit larger than I intended but it still looks good imo. That's it for now, more orcs, a troll, rock golem and maybe a few more new sculpts to follow soon (I hope)Cheers,Stroezie.
Posted by Stroezie at 2:39 AM No comments:

Alive! Alive I tell you! My creations are alive! 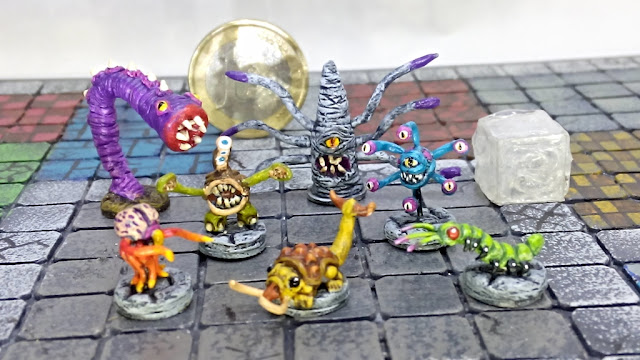 I als knocked together a tiny 1x1x1 cm gelatinous cube out of hotglue using DmScotty's method.
Got to keep them dungeon corridors clean don't you know ;-)

Various people have asked if I could do stirges, well this is about as small as I can get them so they’ll have to do for now. 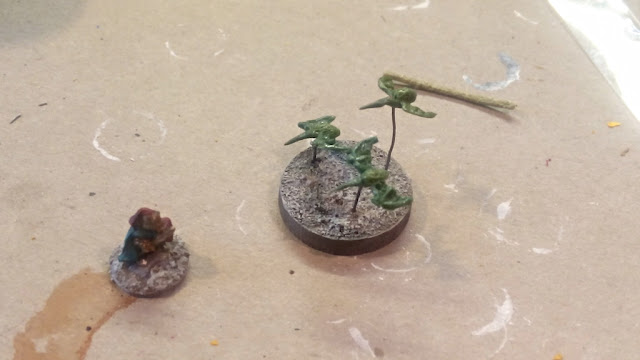 And here they are with the other (Pocket Quest) swarms painted up. 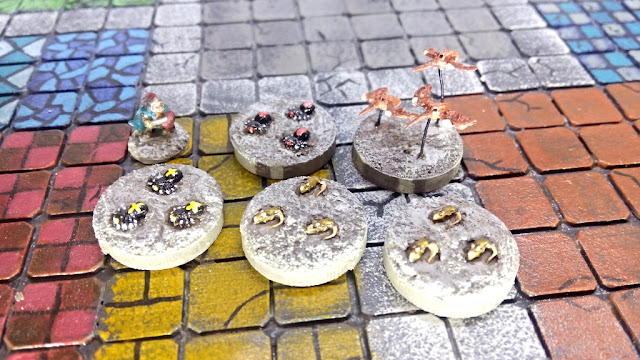 The last sculpt I did is a Hook Horror, actually really pleased with how he came out😎 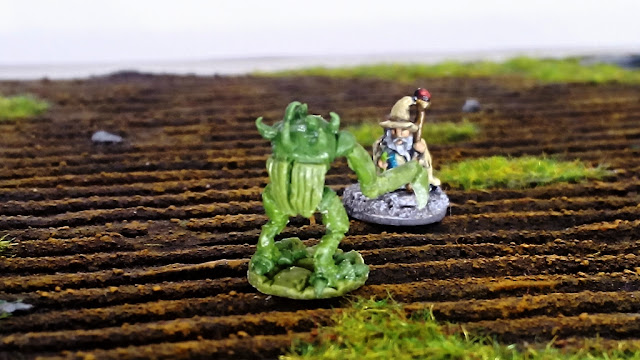 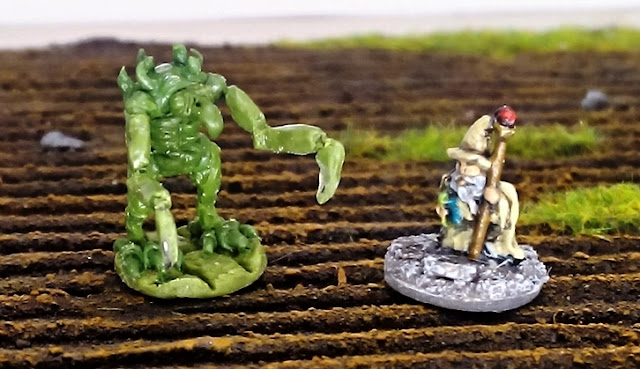 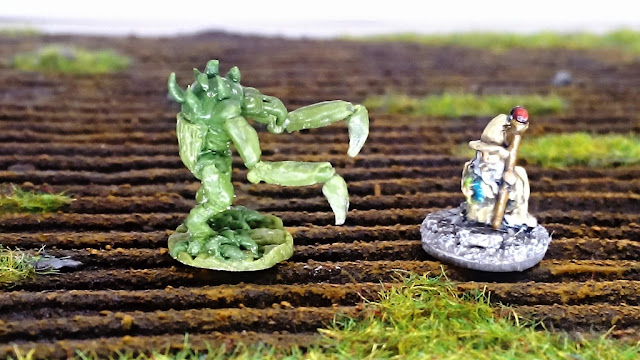 So after being well and truly bitten by the 6mm fantasy bug I found to my great dismay that there seems to be a frightning lack of 6mm dungeon monsters on the market.
There's only a handfull of companies making 6mm fantasy and while some of them have fairly extensive ranges most of it is your standard humanoid armies with the occasional riding beast thrown in.
Now there are some really nice beasties scattered throughout Microworlds ranges that I've got my eye on. And I really like, and have bought the whole small, Rapier Miniatures Greek myth line( more on that in a different post later).
But true dungeon crawl monsters like say carrion crawlers, beholders, rust monsters, etc. have so far eluded my search.

If I wanted monsters there was only one thing left for me to do...

Time to dig out the greenstuf and sculpting tools and start leafing through the old Monster Manual in search of critters that were within my sculpting powers ;-) 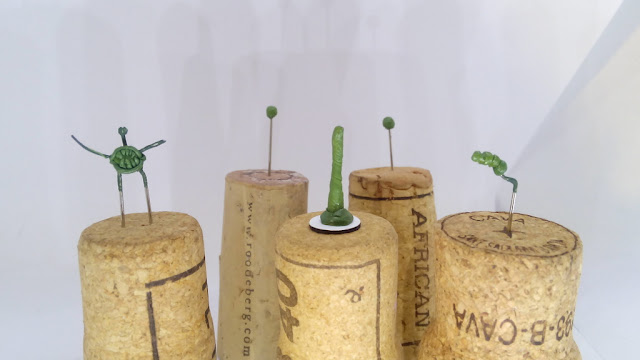 The first mini I did was an Othyug 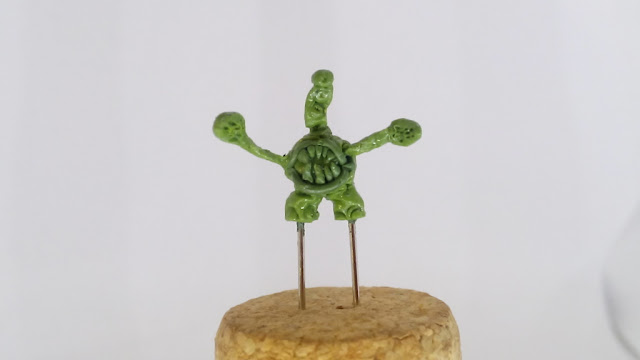 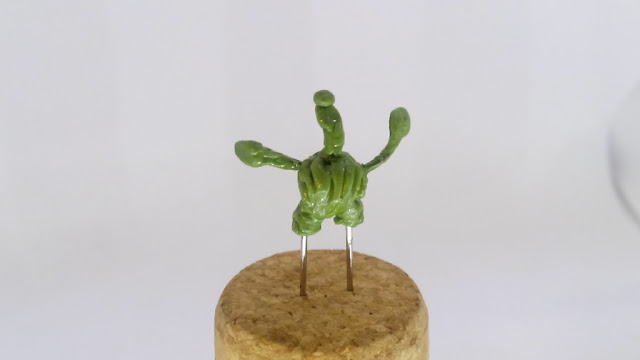 Next a Grell (easy Peasy, basically my 6mm Cephalod aliens but sans the eye and with a few tentacles more) 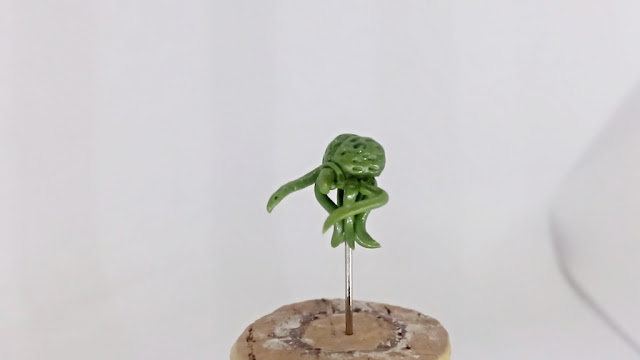 And then a Carrion crawler
This one came out a little different then I had first envisioned him but sometimes when I'm sculpting things just naturaly flow in a certain direction and I simply go with it. All in all I'm quite pleased with how it came out. 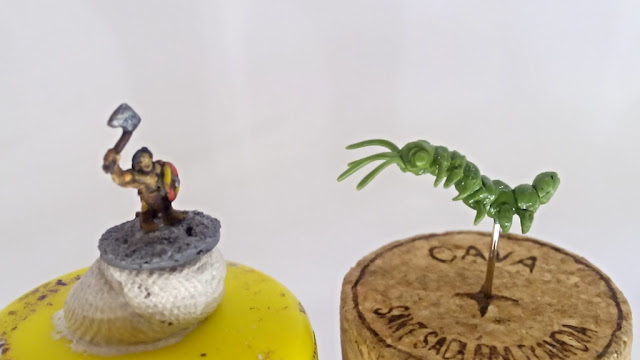 Well I think I managed to pull it of, though I did cut back on the number of eyestalks as I felt it would be a bit to crowded. 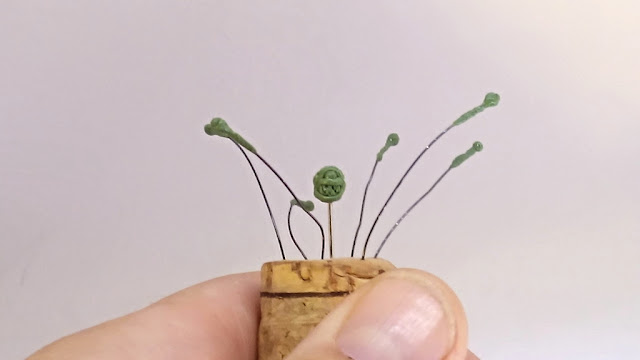 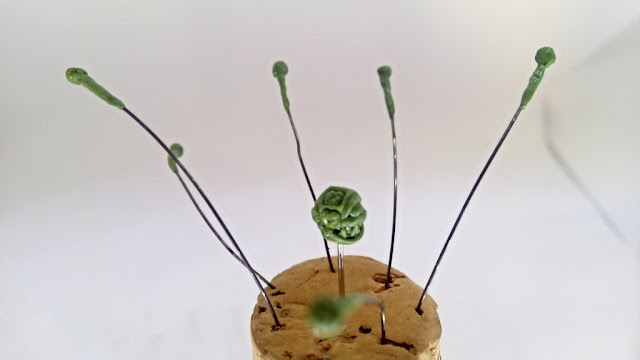 The next three minis were an experiment in sculpting with a mixture of greenstuff and milliput which I had read about online and had been wanting to try out. I am almost ashamed to admit that I can't even remember what the benefits of this mixture were suposed to be but hey I knew it was possible so...

I give you the Purple Worm, Roper and the Rust Monster 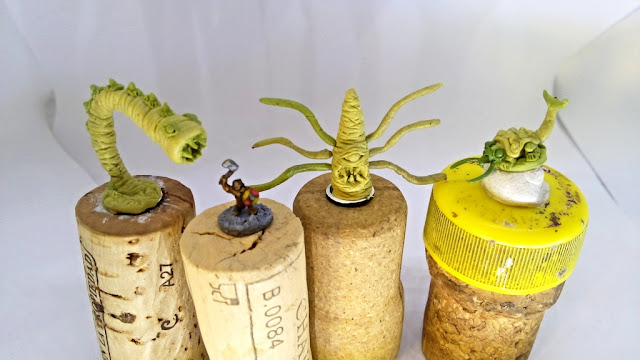 There was something about that Rust Monster...
After staring long and hard at him I have decided to call him Bowser :-))

And here they are assembled ,based and ready to paint as I ponder which monsters to tackle next. 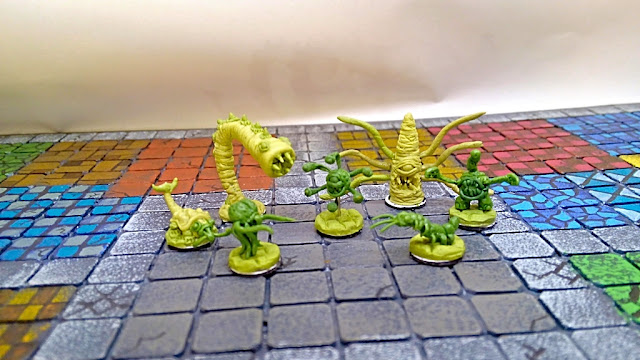