I finally realised I just don't feel like painting a bunch of the same figures at a time, took me ages to get the spiders done, and so for the moment I've decided to just paint whatever figure most strikes my fancy instead of trying to do all the same of one type at once.

All this to say that,at least for now, the next few posts will likely just be random miniatures I've painted
.
Here are the first figures

A mind flayer, eagle, dwarf, minotaur and two elves. All from Ral Partha's Demonworld line save the eagle which came from my bits box.
The mind flayer's head and the minotaur's tail are greenstuff. 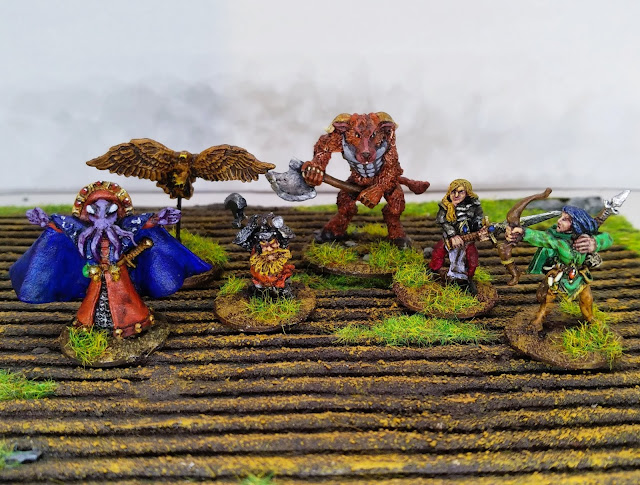 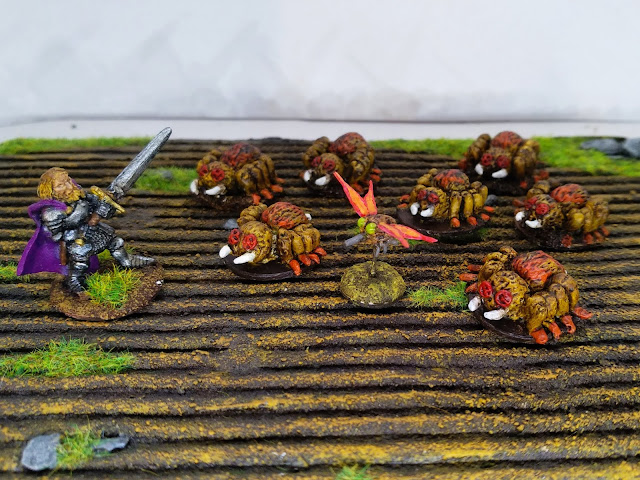 A close up of the stirge , I'll be looking to make about 10 of them. 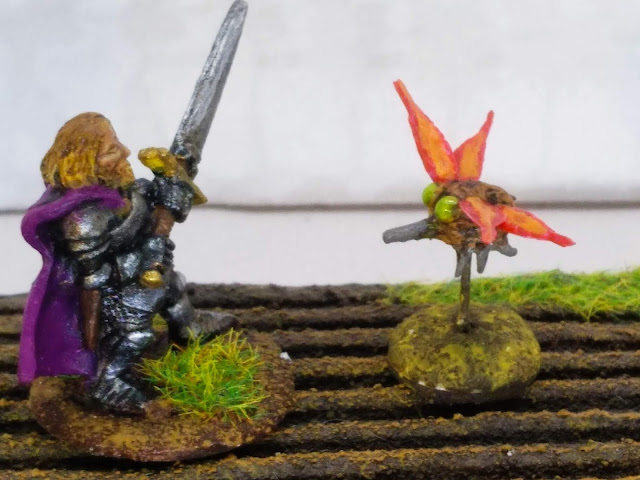 Well that's it for now,
Cheers,
Stroezie.
Posted by Stroezie at 7:55 AM 2 comments: