Welcome to the jungle...

Well they say september/october is the best time of the year for planting trees, so that's what I've been doing

I've finally completed my basic junglecrawl tile set based on the tiles for the old GW game Lost Patrol, although I already have some ideas to go beond that as I'm thinking of using them as the base for some 6mm space 1889 venus.But now without further ado here is...The lost patrol( Darkrealm Pax Arcadia jungle troops) 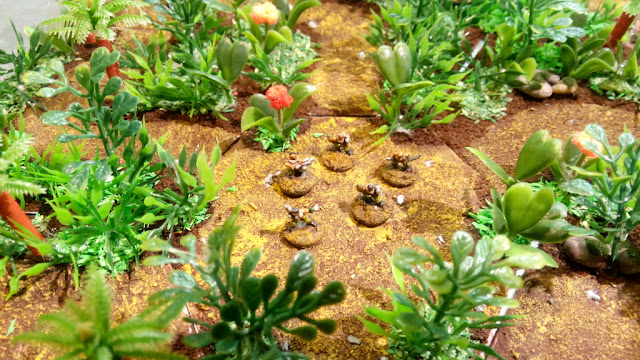 Their ride out of here( Darkrealm Pax Arcadia cargo chopper) 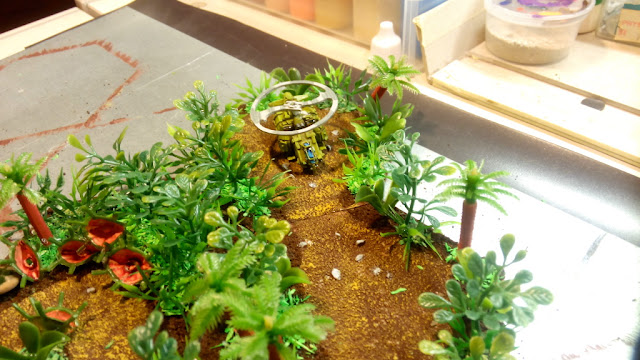 But how are they going to get there before being eaten?

Not only are there alien monsters hidden in the jungle, the terrain itself seems to want to stop these poor grunts.A slippery moss covered boulderfield 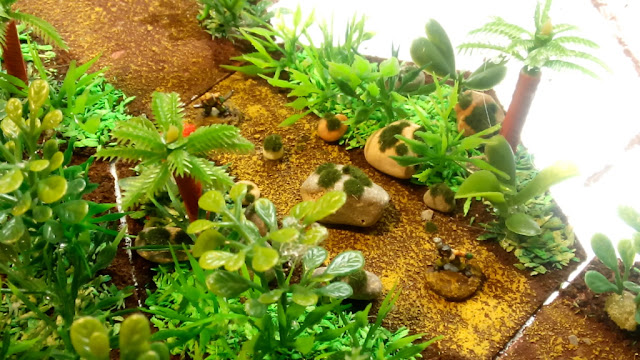 A swamp/bog with maybe some quicksand? 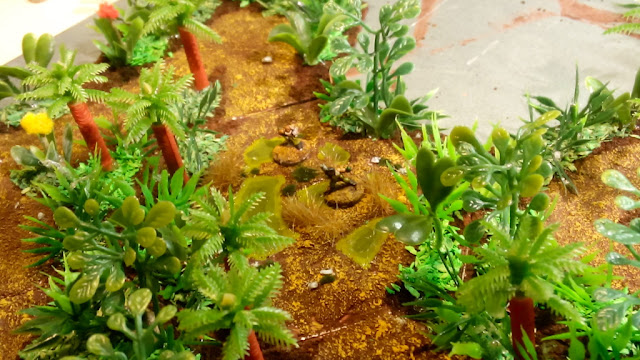 Some kind of mushrooms that release choking spores if josteled. 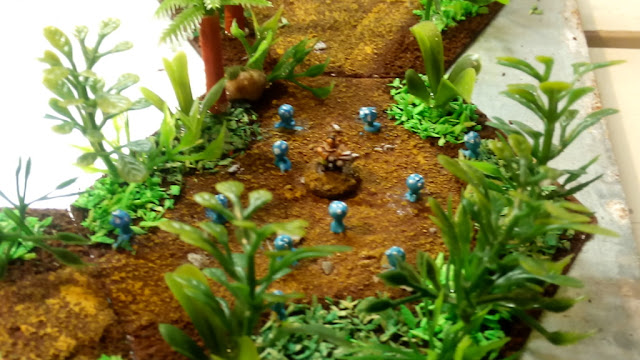 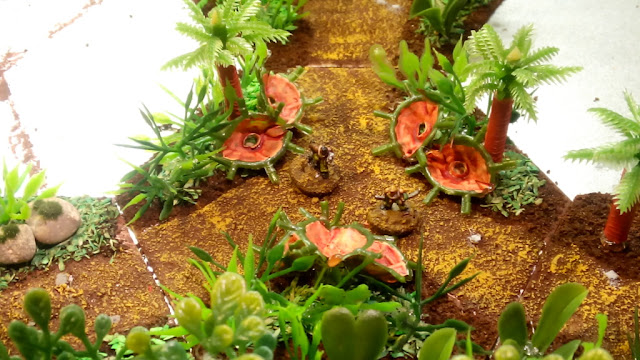 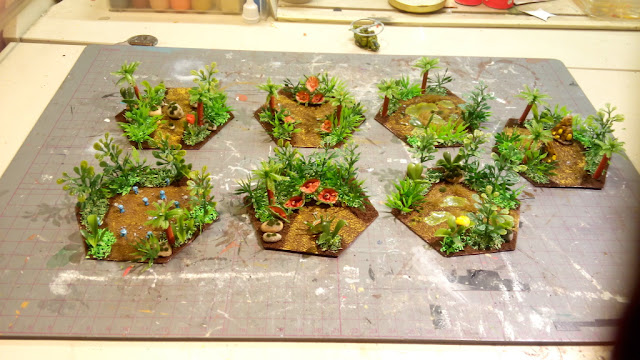 And a picture of all the tiles together 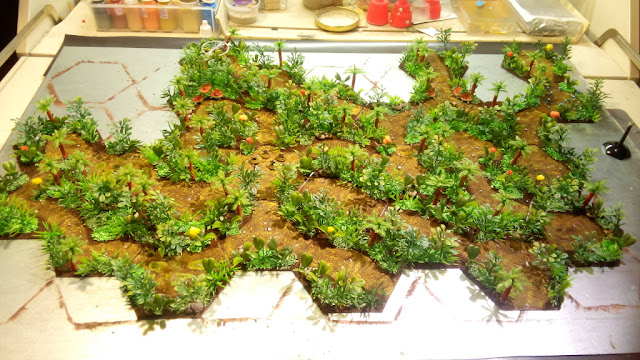 Future plans include three or more combined hex tiles, so I can make bigger clearings and maybe even some structures, and some triangular inserts so I can use small groups of tiles as forest terrain on larger boards.

Well, thats it for now.
The next post will probably be about some new boards I'm tying out and how they will be stored.

To close of I'd like to ask you all a quick question.
Lately I've been dipping my toes in some 6mm fantasy and, as stated above, I am looking  to start with some 6mm vsf, both of them skirmish games.
So my question to you is:

Would you be interested to read about these projects here or would you prefer I put them on a different blog? 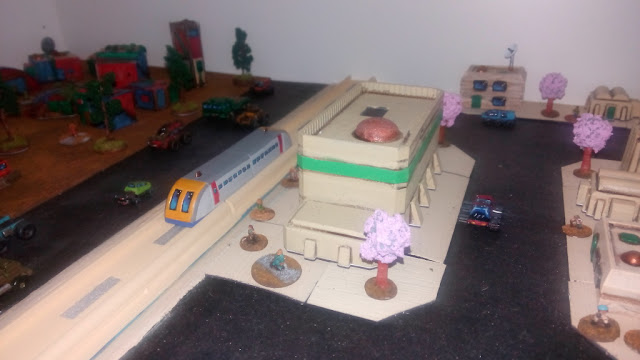 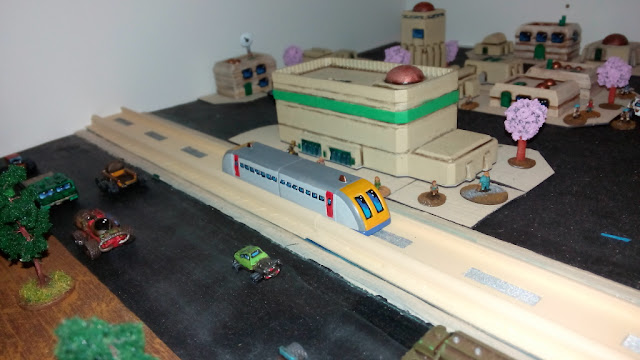 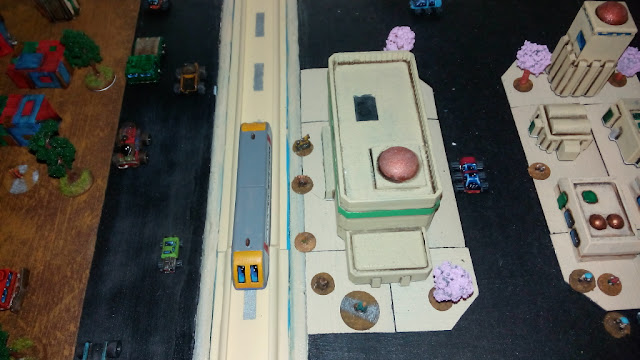 When I ordered it Michael told me I was the first one to buy one, which actually surprised me since there were a lot of very positive comments when he first annouced he would be releasing a scifi train set.

This is sad as there were a number of follow up options, like a passenger car, a freight car and maybe even an armor upgrade that now may never see the light of day as he can't afford to put more time/money into a product that does not sell. (although he has already built a trainstation)

So if you are on the fence about buying this thing, DO IT!

I want my freight car dang'nabbit!
How else am I going to get to play any Firefly style trainrobberies ;-)