How do AAR? Help!

Ok, so I've been building and collecting 6mm scifi for a couple of years now, I've got a large collection of minis and a ton of terrain( and a whole lot more planned) but for the last year or so I have not played a single game.
There are various reasons for this, but mainly it boils down to lack of opponents and weird workhours making it dificult to go to game club evenings. To remedy this I've been looking at solo rules and I would like to start a little mini campaign to try various things out.
Now to keep myself motivated I thought I would post some AAR's of my games here on the blog. Turns out I suck at AAR's.
When things started heating up I totally forgot to take notes and the few pictures I took were not much to look at afterwards and did not really jogg my memory about what was hapening when I took them.
So I turn to you guys,
If you do an AAR, how do you document your games, do you take turn by turn notes and pictures or just the highlights. Do you write it down, use a recording device...
All tips and advice welcome.
To give you an idea of the kind of games I intend to play I'll show you the setup of the first game.
Here's a shot of the board 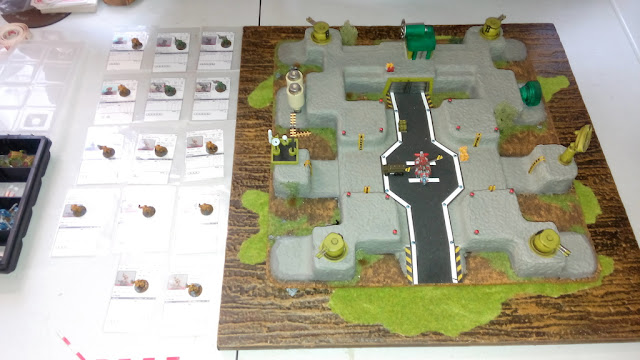 The attackers (my team) 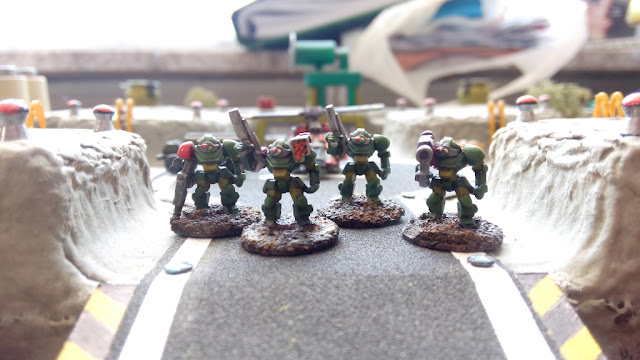 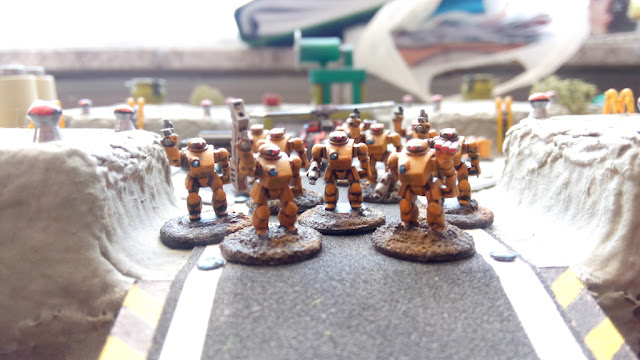 The mission is to place satchel charges on each of the four base gun turrets and blow them up so that allied forces are free to move in.(8 turn limit)
Rules will be Gruntz with card activation and some aditional solo rules borrowed from THW, USEME and others.
This mission (and the terrain for it ) was inspired by the VOTOMS Pailsen files manga episodes 3 & 4.
If you like mecha check them out here
https://www.youtube.com/watch?v=keOFMfI1Yew
https://www.youtube.com/watch?v=MGy0eU8mK9M
enjoy,
Stroezie.
Posted by Stroezie at 7:12 AM 8 comments:

So for the last few months I've been collecting bottle caps from various cleaning products and this weekend I decided it was time to start using them to build a martian kraal/vilage.

I got the idea for these from looking at sub saharan african architecture.

Here's a picture of them being built 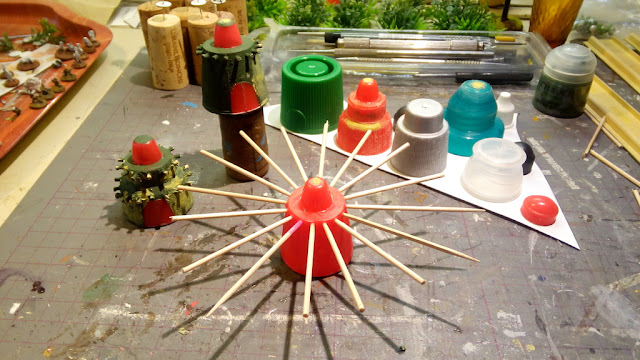 And the finished product, three dwellings, three incubators and a grain silo 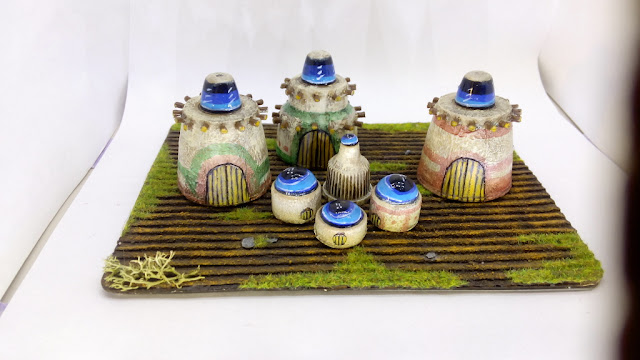 I still have to put hinges and doorknobs/pull rings on the gates.

I made these first few as a test run and plan to build about 5 more and then maybe some kind of enclosure/surrounding wall to put them all in.

That's it for now as I leave you with one more picture of my entire VSF mars project so far... 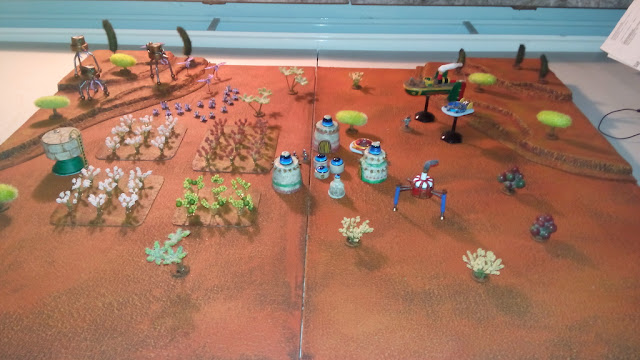 Ps: Yes I am a verry erratic builder/painter so don't expect any logical progress ;-)