I have been told Necromunda needs lots of stuff for gangers to hide behind.
Ok then lets build some scatter terrain 😎

I started with a classic to get me going,
everybody has done the stack of pipes, quick and easy linear terrain what's not to like?
Next were a set of crates and canisters on pallets from Angel Barracks which I magnetised and put on some magnetic paper disks so they can be used as both scatter terain and loot counters.
The last items in this picture are a form of fungus that explodes when fired upon ideal for placing next to the previous loot counters.😈 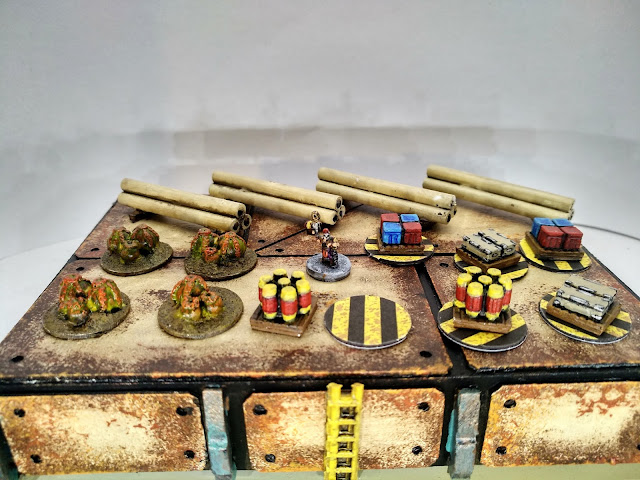 Then I decided to recycle some of the offcuts littering my workstation into some rubble baricades. 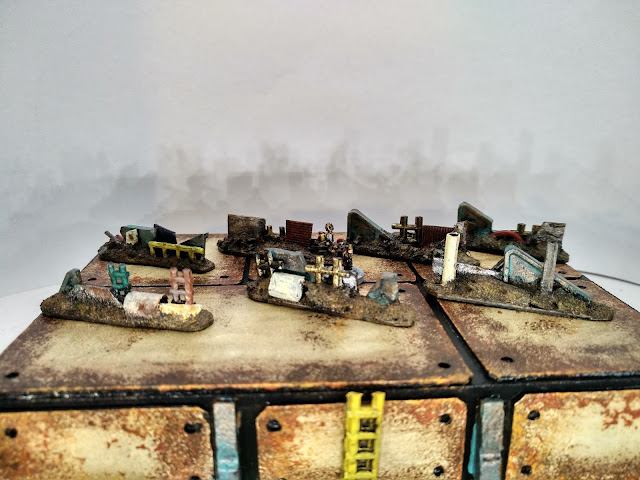 For some reason only the Emperor knows tyres and cogs are stacked together in the underhive, but I thought it looked cool so...
The other items in this pic are my take on the ubiquitous Necromunda air vents.
Lots of fun/superglued fingers making these. 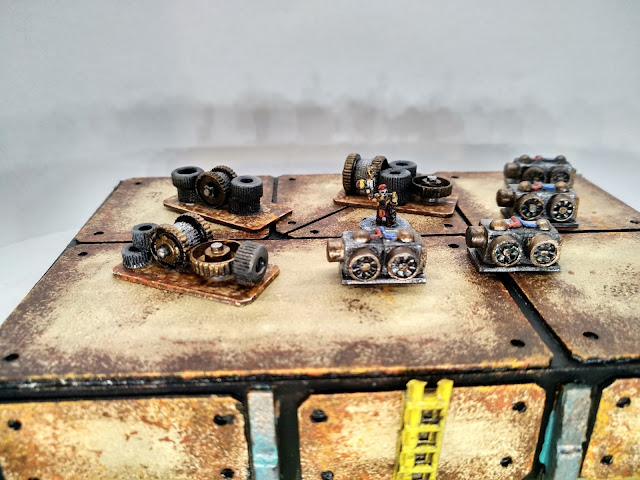 And lastly some slime pits to make running across those walkways a more interesting choice.
Oh and I almost forgot, I made two hills/risers, one of which you can see below to. The sides are also magnitic and the ladders are removable. I will be making some other stuff like stairs, ramps, terminals and junction boxes to attach to them to. 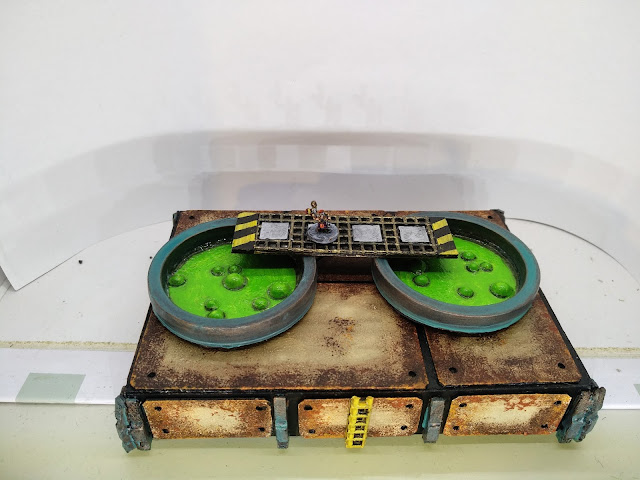 As you can see the board is filling up nicely 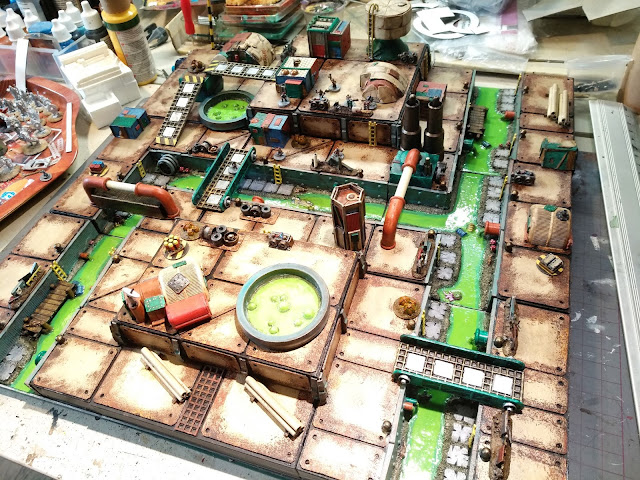 I have read through the Necromunda rules and have started reading Inquisimunda to.
I think once I've played a few games of Necromunda and gotten the hang of the rules I'll probably be expanding to Inquisimundan simply because there are so many cool minis out there and knowing myself it won't be long before I start looking at ways to bring them into my games.

So next on my to do list:
First make some measuring sticks, because at the reduced scale I'm going to be playing one unit of movement is 7mm so 28mm base move, thats a little finnicky to use a normal tape measure don't you think.
Then templates, again at the reduced scale, don't know if I'm just going to print them out on card or try something a bit more fancy, we'll see.
And of course, stat out my two gangs so we can start to rumble!!!